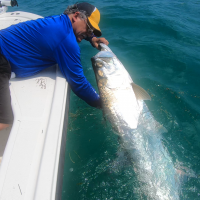 kayakfrank Posts: 813 Officer
March 2014 in General Paddle Craft #1
A group of us headed out early in the a.m. before the stronger northerly winds kicked up. A couple of the guys landed some tuna early on, only to find out that bigger predators were lurking by. :hairraiser Sharks that is! So far I was told of two separate incidents, where the sharks snatched their tunas close to the surface. This time around, I didn't have to deal with the sharks.

I tried flat-lining pilchards, as I jigged at the same time and caught this decent tuna near the surface. I tried a couple of different jigs till I got a hit on the Knife-Jig. I find that I have luck with these jigs, when nothing else is working for me. 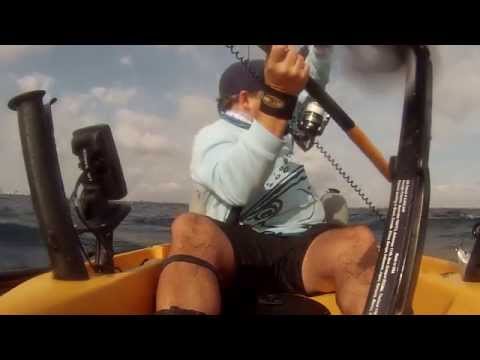