An opinion on spaying and neutering dogs.

Two significant new studies were released in 2013 on the adverse health effects of spay-neuter. This adds to a large body of previous information.

A study on Golden Retrievers done by UC Davis revealed some SHOCKING facts about what we are doing to our canine companions when we neuter them.

"In most areas, the findings of this study were consistent with that of earlier studies, suggesting similar increases in disease risks. The UC-Davis study, however, is the first to specifically report an increased risk of mast cell tumors and hemangiosarcoma with late neutering."

"Furthermore, the new study showed a 100 percent increase in the incidence of hip dysplasia among early-neutered males."

Read all about it in the AVMA Journal:


Golden Retrievers are one of the most popular breeds in the US, and the vast majority are going to end up as sterilized pets.

Why are we as a society setting up our dogs for pain and early death? Are YOU inflicting pain and suffering on your dog by spaying or neutering, just so you can feel morally superior and politically correct?

Now here's the other major study, just released. It's a retrospective done on literally THOUSANDS of Vizslas.

The study showed that, regardless of the age at the time of neutering, altered dogs had "significantly increased odds of developing mast cell cancer, lymphoma, all other cancers, all cancers combined, and fear of storms, compared with the odds for sexually intact dogs."

Female Vizslas spayed (regardless of age) had "significantly increased odds of developing hemangiosarcoma, compared with the odds for sexually intact dogs" as did males spayed AFTER the age of 1 year.

The study concluded that spay/neuter when done prior to six months old "significantly increased odds of developing a behavioral disorder."

"The younger the age at gonadectomy, the earlier the mean age at diagnosis of mast cell cancer, cancers other than mast cell, hemangiosarcoma, lymphoma, all cancers combined, a behavioral disorder, or fear of storms."

Translation: The sooner the neuter is done, the sooner your dog will likely develop a health or behavioral problem.

Of course, for followers of this blog, none of this is earth-shattering news. We've posted many previous studies that come to the same conclusion. For more information , do a search on the blog for the label "spay/neuter" or "rethinking spay and neuter".

Don't pretend you're spaying and neutering to keep your dog healthy....because, in most situations, you're NOT. 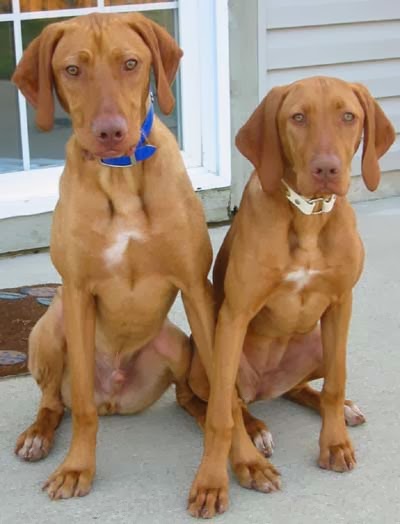