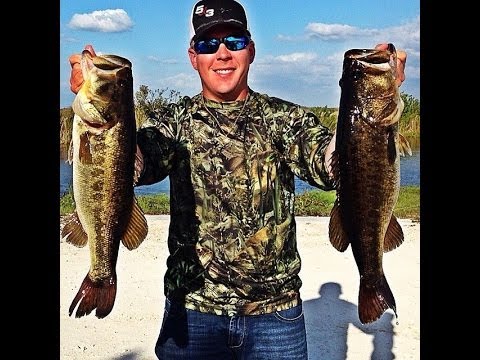 Fished a tournament with my buddy Rob against some of the local sticks this weekend. I knew going into it that it was going to take high twenties low thirties to win and I THOUGHT I was on the fish to do it. Just when you think you have these fish figured out they’ll leave you scratching your head. A front moved in the day before the tournament and our fish became so finicky. We spent the day flippin hyacinth mats with creature baits. Theyd just barely bite it and let it go so you had to be quick. We flipped until our arms about fell off and scraped up a 19 pound limit. We had two fish over six that helped the cause and both of them were just barely hooked. I lost one about eight pounds at the boat early that morning that would have moved us into second. First place was 31 pounds. I filmed some of the fish I hope yall enjoy the video. Oh and Rob was able to get his rod back!
Check out my Youtube Channel!
0 · Share on TwitterShare on Facebook