15whaler Senior MemberMandarin, FLPosts: 183 Officer
July 2013 in Northeast General Fishing & The Outdoors #1
I took my brother Kevin king fishing for his 33rd birthday Saturday. We pushed off the dock in Mandarin, FL at 5:15 in the pitch black pre-dawn.

My wife was helping to rig reels as we rode out.

Scanning for crab traps, we made our way North through the St. John's river heading for Mayport inlet just as day broke. The sky was red, and the seas were glassy. One throw of the net, and the livewell was filled with extra, extra, large poagies. We made our way South down the beach and got our trolling spread out in 40 feet of water. We boated a few fish and wore out the little sharks too! 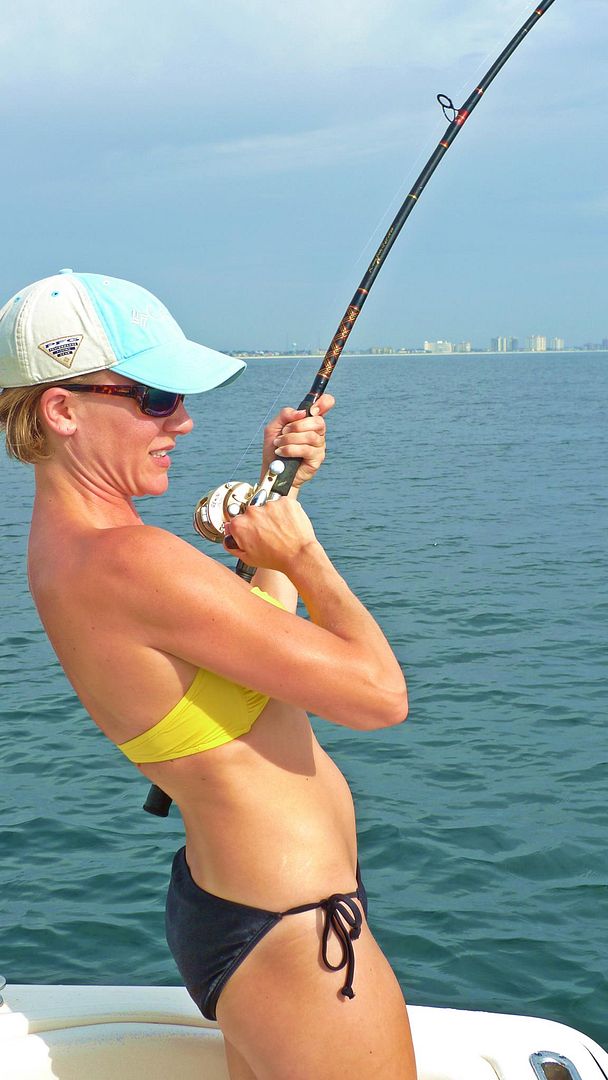 I was resetting the spread. With the spool open, I was letting out line to run the bait a few hundred feet back. But this smoker wasn't having it! I let about 15 feet of line out into the prop wash and this torpedo grabbed it and ran. I kept pressure on the spool until my thumb started burning and after losing about half the line's capacity, I clicked the drag back in, hoping that the sudden change wouldn't stress the mono or break the wire leader I had wearily rigged the night before. After a few nice runs we got this fish to the boat. A friend gaffed the fish and just as the gaff found purchase, the line broke. One more second and we would have lost him.

Ended the day exhausted back in Mandarin with a few nice fish!