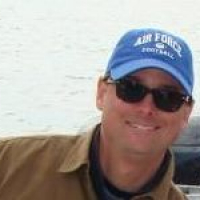 MathGeek Posts: 442 Deckhand
March 2013 in Conservation Front #1
The PETA types know the way to defeat hunting and fishing is to divide the parties against each other.

The political process is more likely to infringe on the hunting and fishing rights of future generations than depletion of the resources.

I've worked hard to grow a family that appreciates hunting and fishing, with all of my children killing their first deer by age 10, and fishing much earlier than that. Fish and game also make up a large portion of the food on our table.

My family eats fish we caught 2-3 time per week, 52 weeks a year. That would be a pretty steep expense if purchased from local vendors, but is a nice benefit of the recreational expenses of catching them. A selective harvest of fish we catch reduces the grocery budget of eating well.

Keeping your own fish has the added advantages:
1) You know where it came from.
2) You know the true species. Lots if fraud in the seafood markets nowadays.
3) You know the true freshness.
4) Frozen is frozen fresh, not after display.
5) You are in charge of facilities cleanliness.
6) Wild caught is higher in omega-3s than farm raised.
7) Trimming can be done to your own preferences at the time of initial cleaning. We've noticed a lot of off flavors are attributable to poor trimming at the time of initial cleaning.

Snapper closings just move us toward alternate fisheries (inshore) where we can keep a large percentage of the fish we catch. My wife was just singing the praises of gafftop catfish, and many other available inshore species (slot reds, drum, sheepshead, mackerel) are high quality table fare.

Just tonight I had drum for dinner. Not tender puppy drum, but one of the big boys, a big ugly as they are sometimes called. It was awesome marinated overnight and dropped into a searcing hot pan with a little butter. Once you go black, you never throw back!

As we practice selective harvest, we prefer to keep fish that are a bit overpopulated and underappreciated (catfish) or species that actually do considerable damage to other natural resources (black drum). If course, I am just repeating the culture I grew up in where catfish and drum were prized along with bonito, bluefish, mackerel, etc.
“Which of you, if your son asks for bread, will give him a stone? Or if he asks for a fish, will give him a snake? If you, then, though you are evil, know how to give good gifts to your children, how much more will your Father in heaven give good gifts to those who ask him!" - The Messiah
[SIGPIC][/SIGPIC]
0 · Share on TwitterShare on Facebook
Sign In or Register to comment.